Spring has come! Time to reawaken! Time to get back on the trail!

I have to admit: it’s been too long. During these last cold months I’ve pretty much forgotten about trail riding. If I’ve been on a bike at all, it’s been on the road, commuting from the bus station to work. Or in the basement, on the stationary trainer. Which is exceptionally, infinitely boring, I’ve decided.

But April is just about here! Time for spring. Thank criminy.

April always carries me back to poet Theodore Roethke. His poem “The Far Field” isn’t technically a poem about spring—it’s about death, mostly, and the infinite. But it’s lovely and inspiring, deep-breathed and light. It’s also a poem of belief, where the speaker sets out, in a natural landscape, to express some very deep thoughts.

A few of my favorite sections:

I learned not to fear infinity,
The far field, the windy cliffs of forever,
The dying of time in the white light of tomorrow,
The wheel turning away from itself,
The sprawl of the wave,
The on-coming water….

I have come to a still, but not a deep center,
A point outside the glittering current;
My eyes stare at the bottom of a river,
At the irregular stones, iridescent sandgrains,
My mind moves in more than one place,
In a country half-land, half-water….

All finite things reveal infinitude:
The mountain with its singular bright shade
Like the blue shine on freshly frozen snow,
The after-light upon ice-burdened pines;
Odor of basswood on a mountain-slope,
A scent beloved of bees;
Silence of water above a sunken tree :
The pure serene of memory in one man, —
A ripple widening from a single stone
Winding around the waters of the world.

Soon, I’m going to be up on that mountain, not fearing anything.

Except maybe a brisk, quick endo. 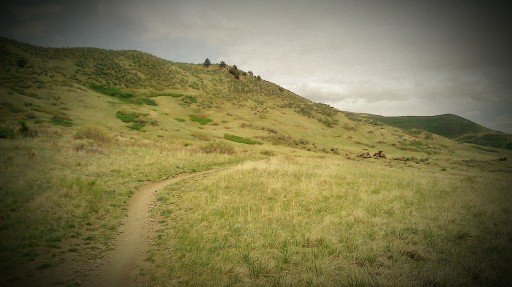